Skip to content
Home » Where COVID-19 Cases Are Rising: This Is How The Panorama Looks

Where COVID-19 Cases Are Rising: This Is How The Panorama Looks

The Delta variant continues to spread rapidly in the United States. Some areas of the country experienced a sharp increase in infections in the last week. The vaccination campaign slowed down due to public skepticism. This is one of the leading causes of hospitalization in the United States.

In the last seven days, the United States reported an average of 84,000 new cases. In recent months, the rate of vaccination has also slowed dramatically. About 246,000 people per day received a dose of vaccine during the last week. This is 88% less than the peak in April. While 278,000 received the second dose last week, down 84% from the April peak. Experts weigh whether the vaccines should be mandatory when the Delta variant is now dominant in the United States.

Experts warned that there could soon be a “surprising number of deaths” in some states. States such as Florida, Louisiana, Arkansas, Missouri, and Nevada. So, let’s continue to know where COVID-19 cases are rising.

Let’s take a look at the situation in the United States. You are going to find out where COVID-19 cases are rising. It is a fact that the unvaccinated people plus the delta variant of the coronavirus have taken their toll. It has led to new spikes in covid-19 in the United States.

The rates of new cases in 45 states this past week were 10% higher. Statistics concerning the previous week’s rates. In 34 states, new cases in the past week are at least 50% higher than previous ones.

Only Maine, South Dakota, and Iowa have declined between 10% and 50%. Delaware and Arkansas don’t have massive changes from the previous week. Arkansas has fully vaccinated 34.6% of its total population as of Tuesday, CDC data show.

Florida is one of the states with the most cases per day. More than 123,400 new cases per day were reported in the state. It is followed by Texas, with more than 60,000.

Missouri is one of the states with the lowest vaccination rates in the country. As it was imagined, they are suffering Delta variant. The situation is one of the worst. The government has sent a booster team to help stop the delta variant. CDC members and the Federal Emergency Management Agency included in the team. 56% of the Missouri adults already received one dose of the vaccine. The number of fully vaccinated people is deficient, only 39,4%.

Everybody knows that COVID-19 cases increase where fewer people get the vaccine. Now, this takes more strength because of the delta variant.

In St. Louis County, officials said the rate of new cases soared 63% in the past two weeks. Measures Because Of The Rising Cases

You already knew where COVID-19 cases are rising. Now it’s your turn to learn about the new measures adopted by the government.

Nine states: California, Connecticut, Hawaii, Illinois, Nevada, New Mexico, New York, and Washington, order the masks in indoor spaces. So do Puerto Rico and the District of Columbia. The rest exempt people who are fully vaccinated against COVID-19. This means it has been at least two weeks since they received their second shot. It can be from Pfizer, Moderna, or Johnson & Johnson’s single-dose vaccine.

The partial mandates align with guidance from the U.S. Centers for Disease Control and Prevention (CDC). The federal agency had said on May 13 that people who are fully vaccinated could stop using the masks.

But as a result of the increase in cases, they have now changed their recommendations and advise the use of masks. A panel decided on CDC experts. It comes at a time when the country is registering a significant increase in cases of covid-19.

For all the regions, the CDC issued this new recommendation. People need to wear masks in public and indoor spaces. They also recommend that students wear masks when returning to school.

The masks were a huge problem in the USA. Not only because of using them, but it was also an issue that was politicized since the first days of March 2020. These new CDC recommendations reopen the debate. Especially between the republicans.

This Wednesday, the White House Office of Management and Budget has told agencies that they must require masks obligatory. There’s no legal impediment that doesn’t allow the government to do this. The measure obligates them to use masks inside federal buildings so that they can give an example. It doesn’t matter if they have already got the vaccine or not.

More Related: What We Need to Do to Get Ready for The Next Pandemic

The Delta variant seems to be a nightmare for everyone. The United States, one of the countries that suffered the most from the pandemic, is struggling with the new variant. Although cases increased the most in some states, where COVID-19 cases are rising is simple: everywhere. Just when people in the U.S. thought they were in the home stretch of the pandemic, this massive increase in cases appeared.

Most states are involved in a new problem. Vast numbers of cases are sweeping across the country. Moreover, the fight is not only in the hospitals. Governors and congress members are scrambling to decide on new measures. Democrats versus Republicans face a new battle to determine the direction of the country.

Prev post The World's Most Famous Pearl: Fascinating Story of La Peregrina
Next post What is Hulu? Here's What You Need to Know About 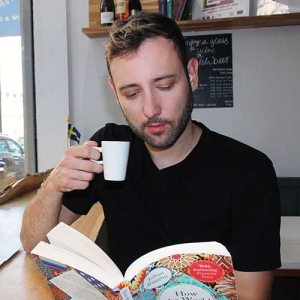